Zeus are on tour, bringing their unique sound to Lee’s Palace Nov 24th. They will hopefully be playing a good selection of tunes from their soon to be released (early 2012) sophomore as yet untitled album. We had a small tease of this with the single “Are You Gonna’ Waste My Time” released back in October on the Arts & Crafts label.

Returning as a supporting act, The Skeletones Four, who also opened the show the last time Zeus performed in Toronto at The Horseshoe Tavern, will get things going with their psych-prog-pop offerings.

Here is a small taste from the show at the Horseshoe last December. 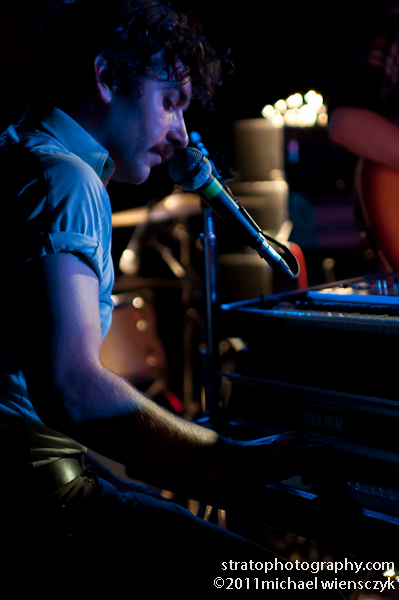 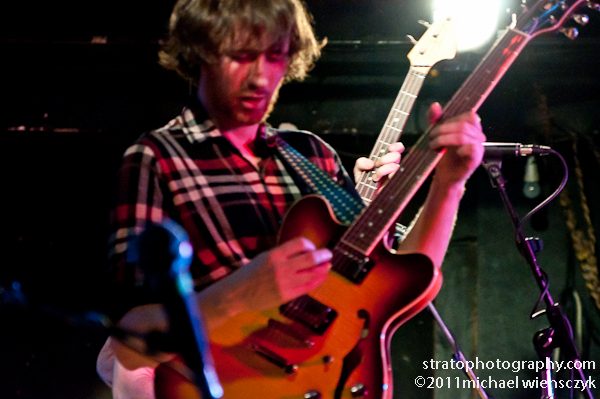 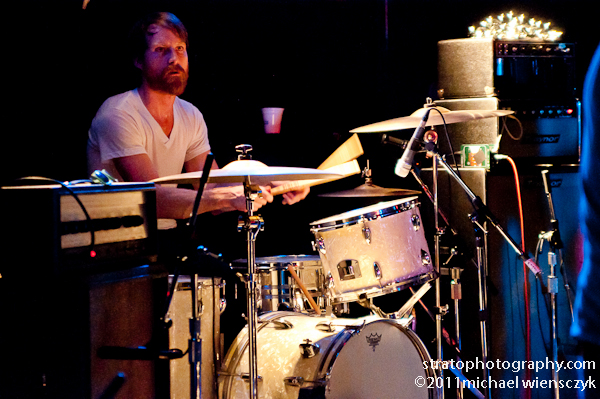 I like this band, I like their music, fact is it would appear, so do a lot of other people. There was a good sized crowd at the Horseshoe this Friday night in December. Getting to the front of the stage proved to be rather difficult if not impossible without pissing anybody off. So I watched the show from the back with two friends for a bit, then decided I had to try, at the very least, to get some closer  shots.

I managed to squeeze to the side of the stage and had some rather challenging angles to deal with. One looking mostly at the keyboard stand, another one with mic stands obstructing my view and I couldn’t even get a clear shot of the guitar player on the far side of the stage. The stage area isn’t the largest so the musicians where a bit cramped.

I lucked out a bit when the side stage bouncer allowed me past a barrier to get to the VIP and musicians stage entrance area. This wasn’t the greatest view either but I took some shots from here and, not wanting to block anyones else’s view in this location, I called it a night, put the camera away and enjoyed the rest of Zeus’ set.

The one thing I would note to myself and advise others after this, is that when going to club or bar without a photo pit area that you have access to, is to get to the venue early, especially when it’s a popular band, and grab a couple beers, scout out your spot and stay there (and hope you don’t have a weak bladder).